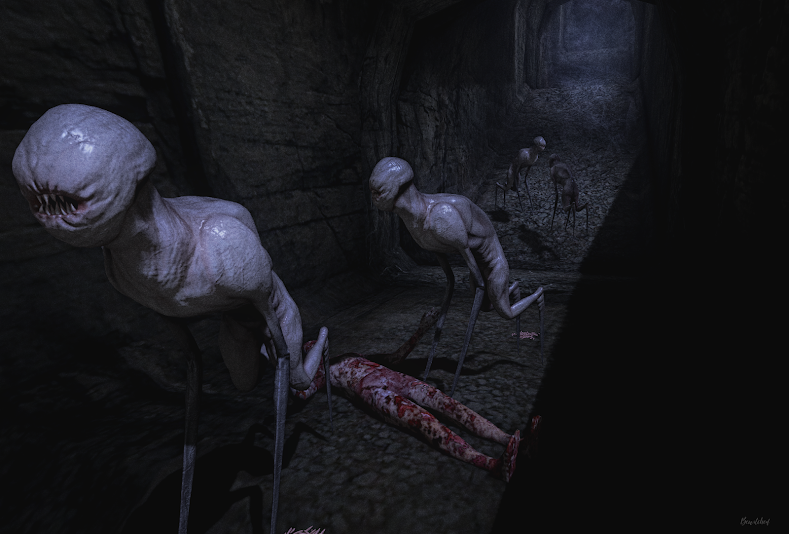 Look at this scary creature this is PERFECT for a cave setting or with Halloween ! :D

The haunt being was once a revered creature, spending its time lurking around dark forests, hunting humans with its long, sharp arms. It does not have eyes or ears, so instead, it relies heavily on its sense of smell. Scent particles enter the creatures nose, which is located inside of its mouth, guiding its way around the world. Over time, humans have managed to make peace with the creature, offering it food (worms), in exchange for their lives. It likes to spend its time alone, but will approach and pet humans it likes, or stab people it dislikes. It does not mind other larger animals, because it knows that it could be outmatched, but will hunt and kill smaller creatures. It is initially aggressive to most humans (except for its keeper), but will eventually warm up to others, if it is exposed enough to them. You can often see the creature sniffinf the air, sitting down and sensing its environment, or resting. The Hauntbeing can be worn, or sat upon as a mount, but will only seat one person due to its body size.

If this pet likes you enough, it will let you ride it. As the owner, you can tell it to shake off certain groups of people such as:

- Anyone but its owner.

- Anyone in a group.

The ONE exception to this rule, is that it will NOT let people it doesn't like ride it, and they will have to be accompanied by someone it does trust, if the pet allows multiple people.

This creature eats worms, which are included in your set. Simple rez out the worm pile, and your creature will walk towards it when its hungry, and eat from it.

Since this pet only has a sense of smell and touch, it will often "meditate", which allows it to sense its environment. It likes to sniff, touch, and observe its surroundings, and remember the locations. It will often thank its owner with a simple petting animation, and some hearts will appear over its head.

- Smart, advanced, Non physical movement, so you do not have to worry about pathfinding, and they will not bounce around, fall over, or fall off of a platform.

- Can wander, Follow people, be worn as a mount, or you can ride it when rezzed out. (Only one seater)

- Will like and dislike specific avatars, or other pets, But with enough exposure to someone, they will start to like them.

- When in wandering mode, this pet will emote, eat, interact with avatars, other pets, and specific objects.

- You can get it to follow yourself / people around your land with slope/obstacle detection. It will try to find a way around any obstacle to get to its target.

- You can take it into your inventory, and wear him around as a mount.

- Multiple walking/running speeds when far away, or when riding.

- Particles will play during emotes: hearts for cuddling someone, blood for biting someone... etc

- You can set its access to open, owner, and group

- You can rename your pet to anything you desire.

!!!!! WHEN MAKING A NEW PET, REZ IT FROM YOUR INVENTORY. DONT DRAG AND COPY IN-WORLD

Simply rez out your pet object from your inventory. Make sure there are not too many obstacles in the way, as it is a bigger creature, and will bump into everything. They like a bit of space. Make sure the pet is positioned above the ground that you want it to wander on.

Click in the Pet. (if you are having problems touching it, right click on the pet, and select touch from the menu). A dialog menu should pop up. Select radius from the menu, and type in a number from 1-30 meters. This is how far your pet will wander from the starting point. Make sure your creature is positioned around where you want it to wander within, and click on it again. Click on wander. It will start to walk around, and emote. This is where it interacts with people/items/pets in its territory.

To wear your pet as a mount, pick it up into your inventory. Right click on the mount-add.

TO ride this creature as a vehicle with other people, Make sure it is rezzed on the ground. Right click on it, and select "Ride". If the creature likes you, or you have access permissions, it will let you steer it. To speed up, double tap the fwd arrow. To slow down, press the fwd and back arrow at the same time. Due to physics limitations, if you are stuck after a jump, simply release the fwd arrow, and press it again to keep moving.

Posted by Bewitched Difference at 2:15 PM 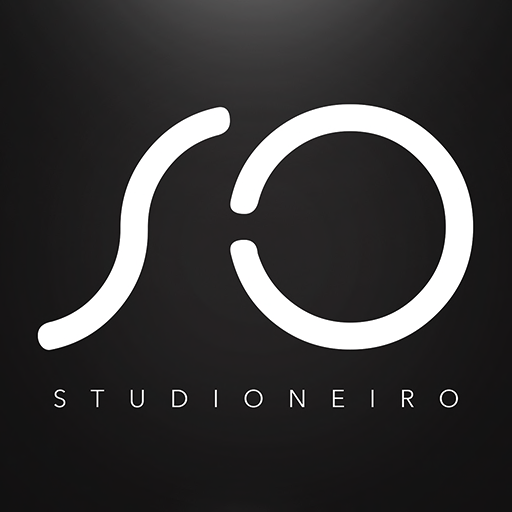 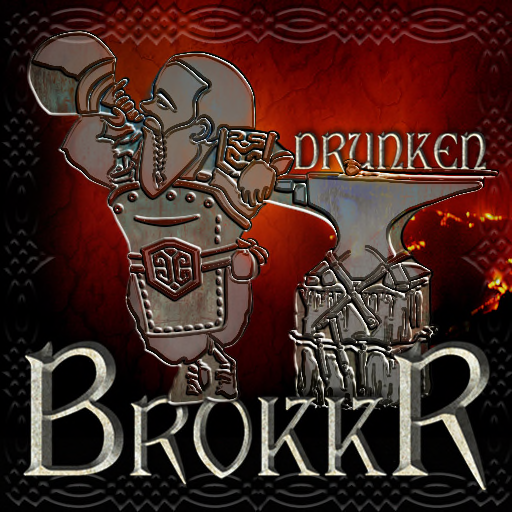 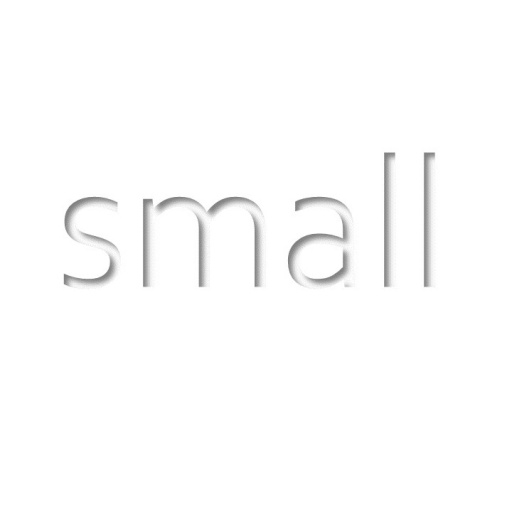 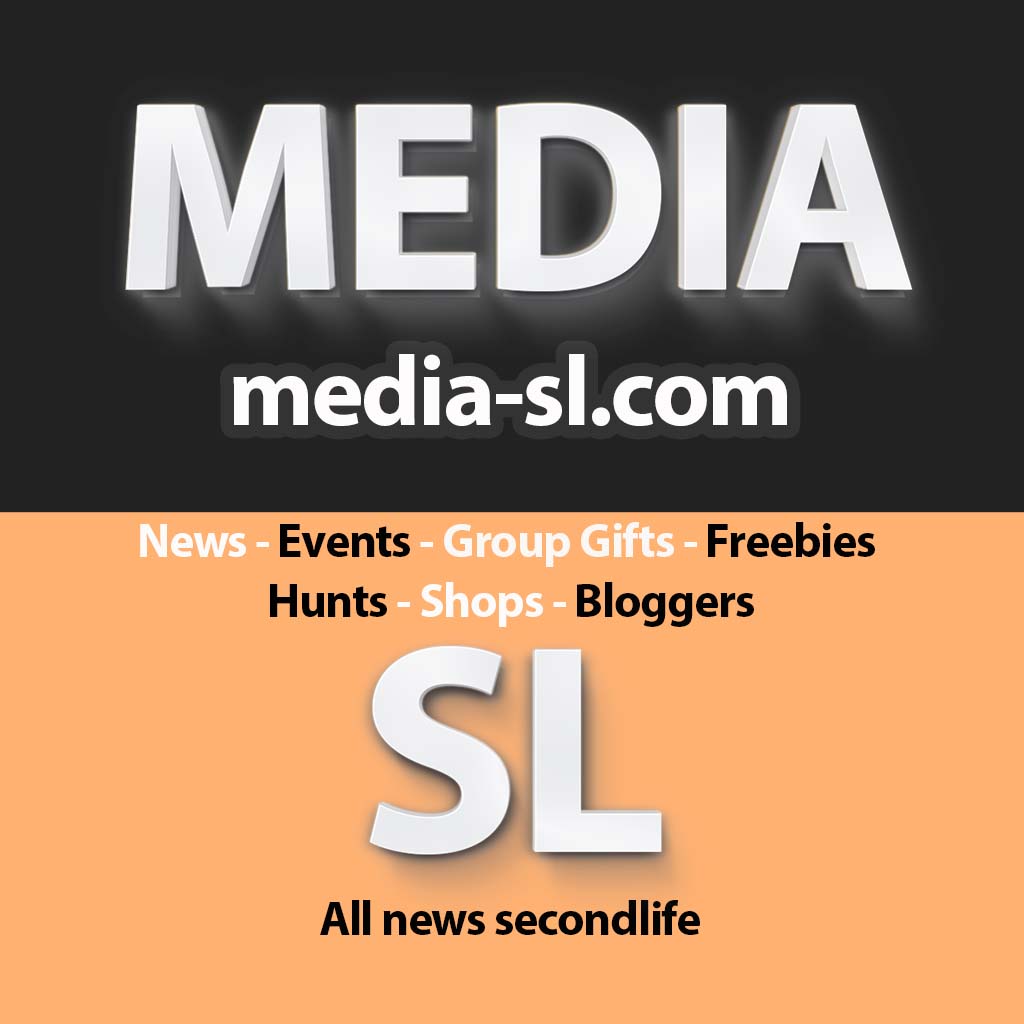 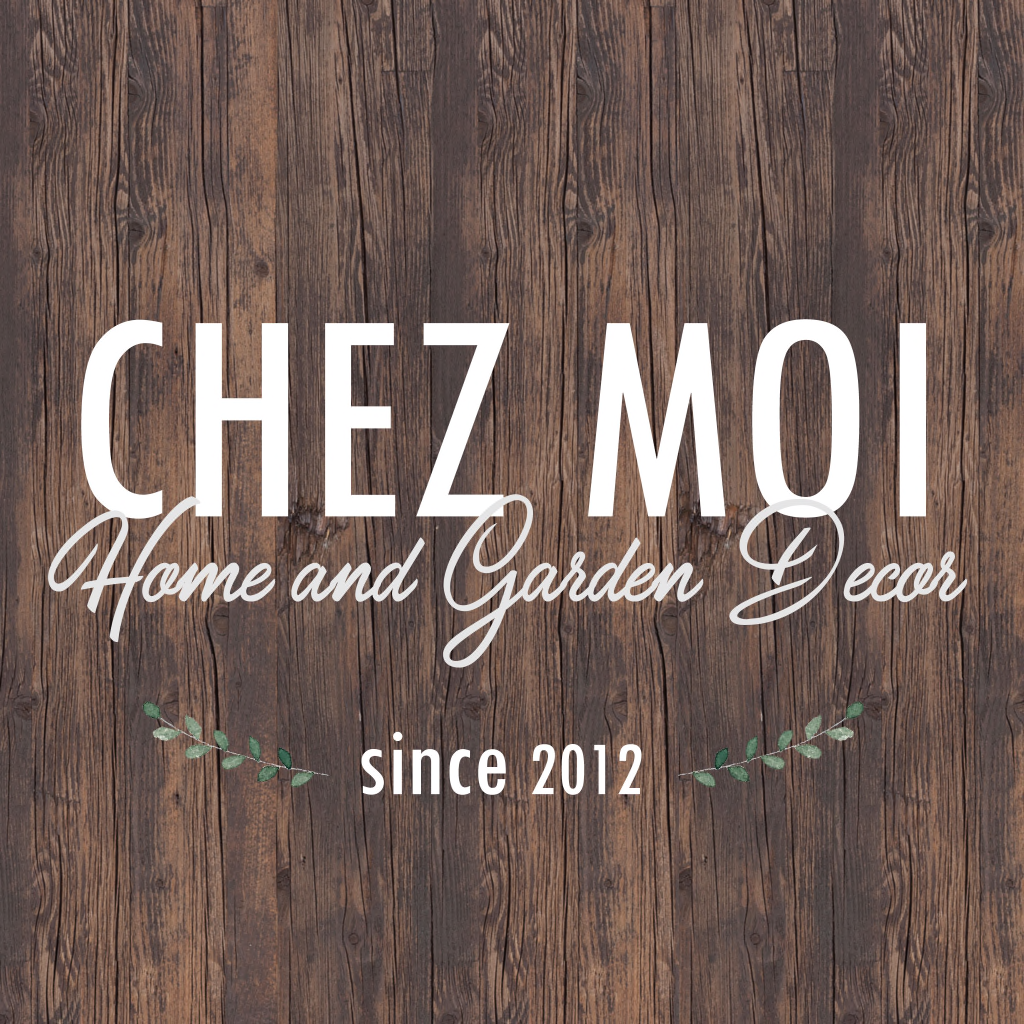 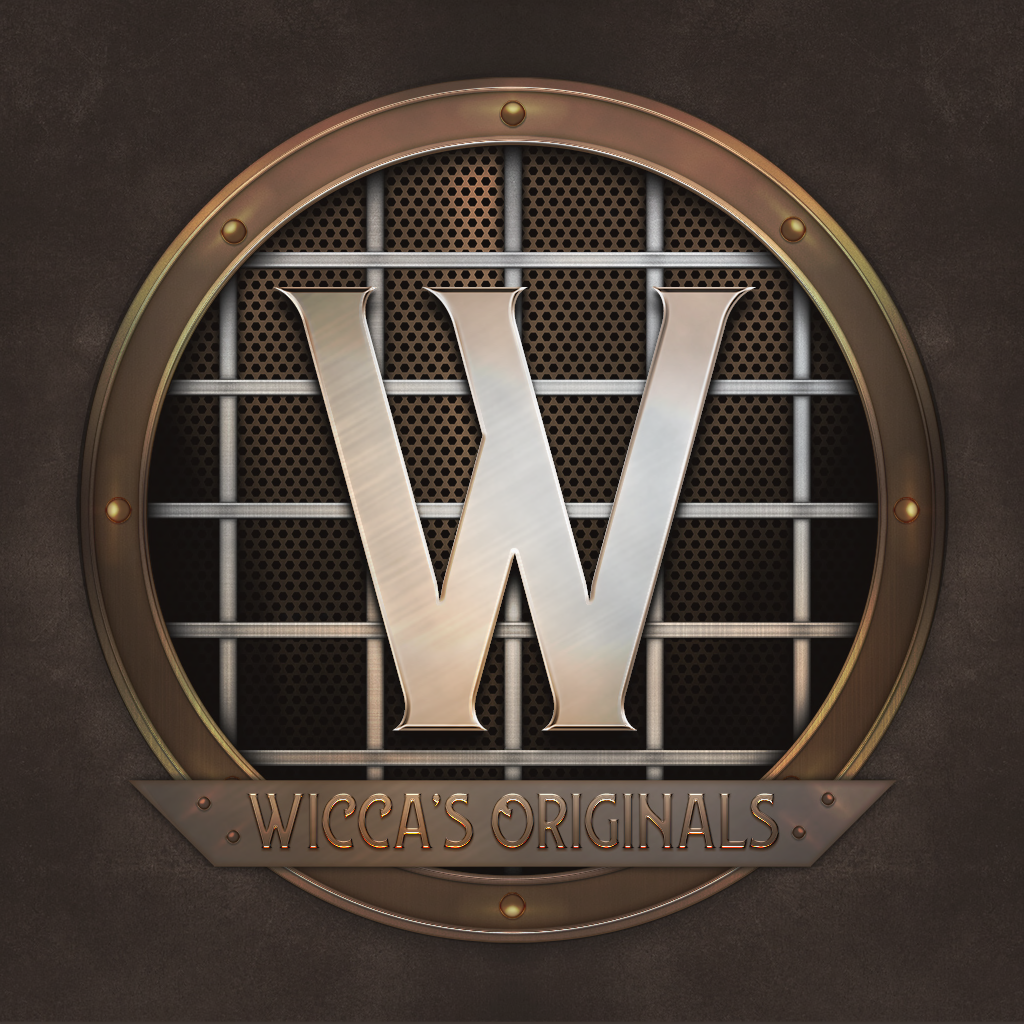 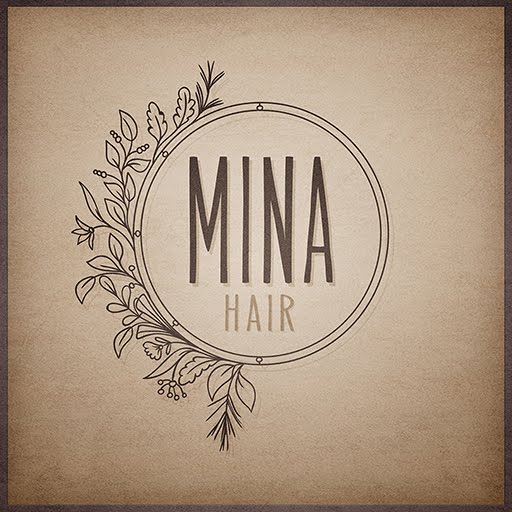 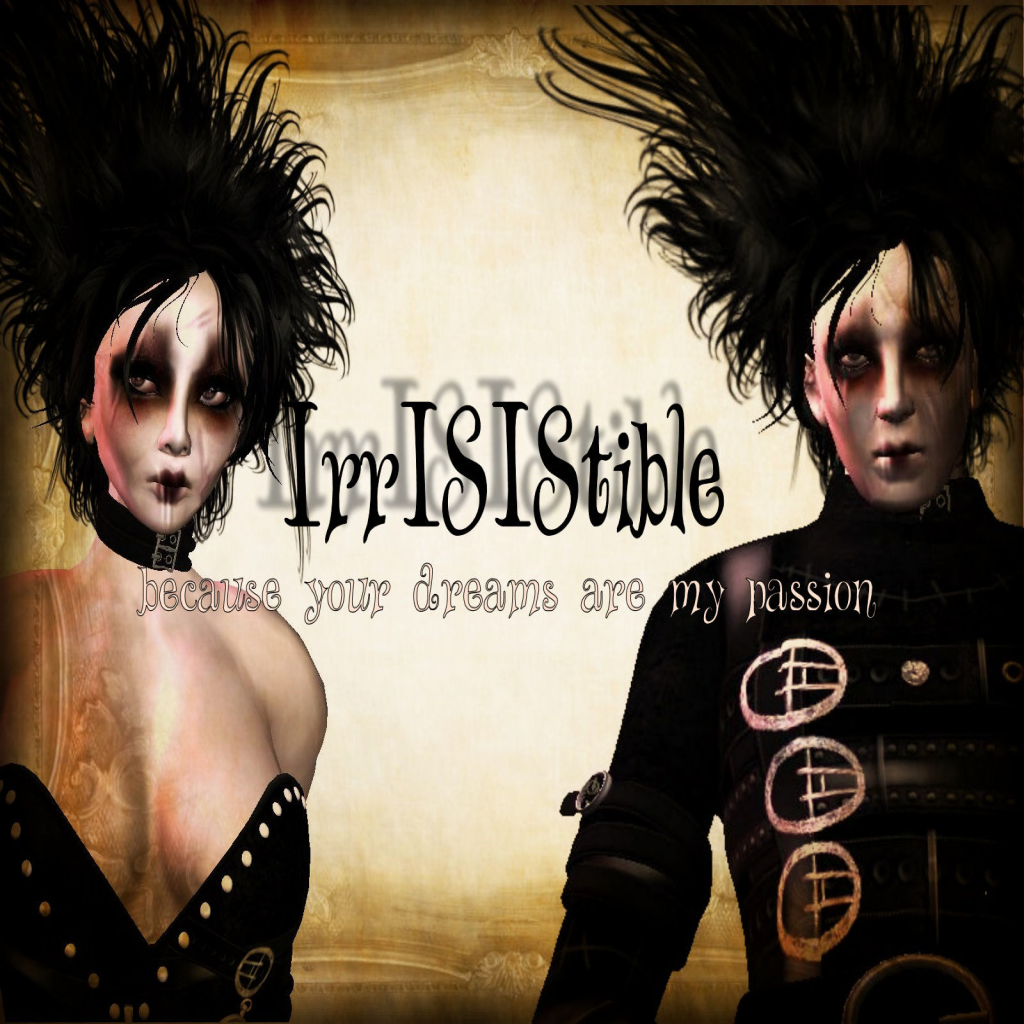